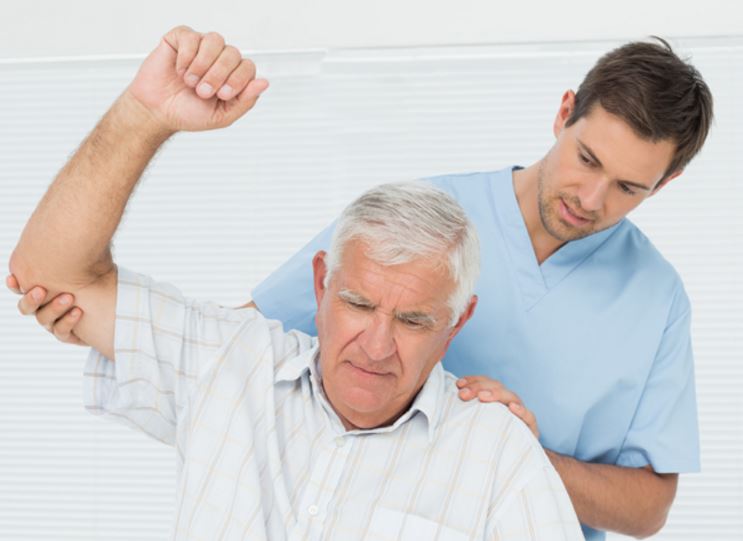 She came to me for massage. I told her that I used weighted tuning forks during my massage and that I had amazing results releasing my other clients muscle tightness. The first time I had her face down on the massage table I was shocked to see that her shoulder was off the table and scrunched up toward her neck. She had her arm in a sling for so long that the muscles were almost frozen in that position. I know that I had my work cut out for me. She stated that her biggest issue was that she had to have someone else tie her hair back in a pony tail. She stated that she was in so much pain she could not lift her arm high enough to perform this simple task.

I worked her neck, shoulders and upper body anterior and posterior. Her muscles started releasing right away but I knew it would take more than one session to get her back to normal. I spent several hours on her that day but by the time I was done her shoulder was laying flatter on the table and she could tie her pony tail without pain. The next visit she told me that she took a bike ride with her young son as soon as she got home after that first treatment. She was ecstatic and relieved. She saw her doctor several weeks later and her doctor immediately noticed how relaxed she was and of course she said to him, “Look what I can do!” She told him about her massage and tuning fork experience and how it actually felt good during treatment. I saw her three times and she resumed her normal routine after that with little to no pain.

Now don’t get me wrong, Physical Therapy is a must have in certain instances but the Therapist should always communicate with the client. If a person is screaming in agony, it is the responsibility of the therapist to adjust treatment so the client has a positive result. There are additional tools that the therapist could use to make that stretch or push less painful. If the therapist does not stop when the client is in agony, the client won’t come back for more treatment.

My desire is to teach physical therapists about the tuning forks and how to use them with their process. The forks are amazing and assist in releasing muscle tension and adhesions around an injury site. The tuning forks also promote healing in the body. It would be much more enjoyable for the client and physical therapy sessions could be cut in half.

Maybe I’ll teach a class to a group of physical therapists some day!

Please DONATE if this information was useful.